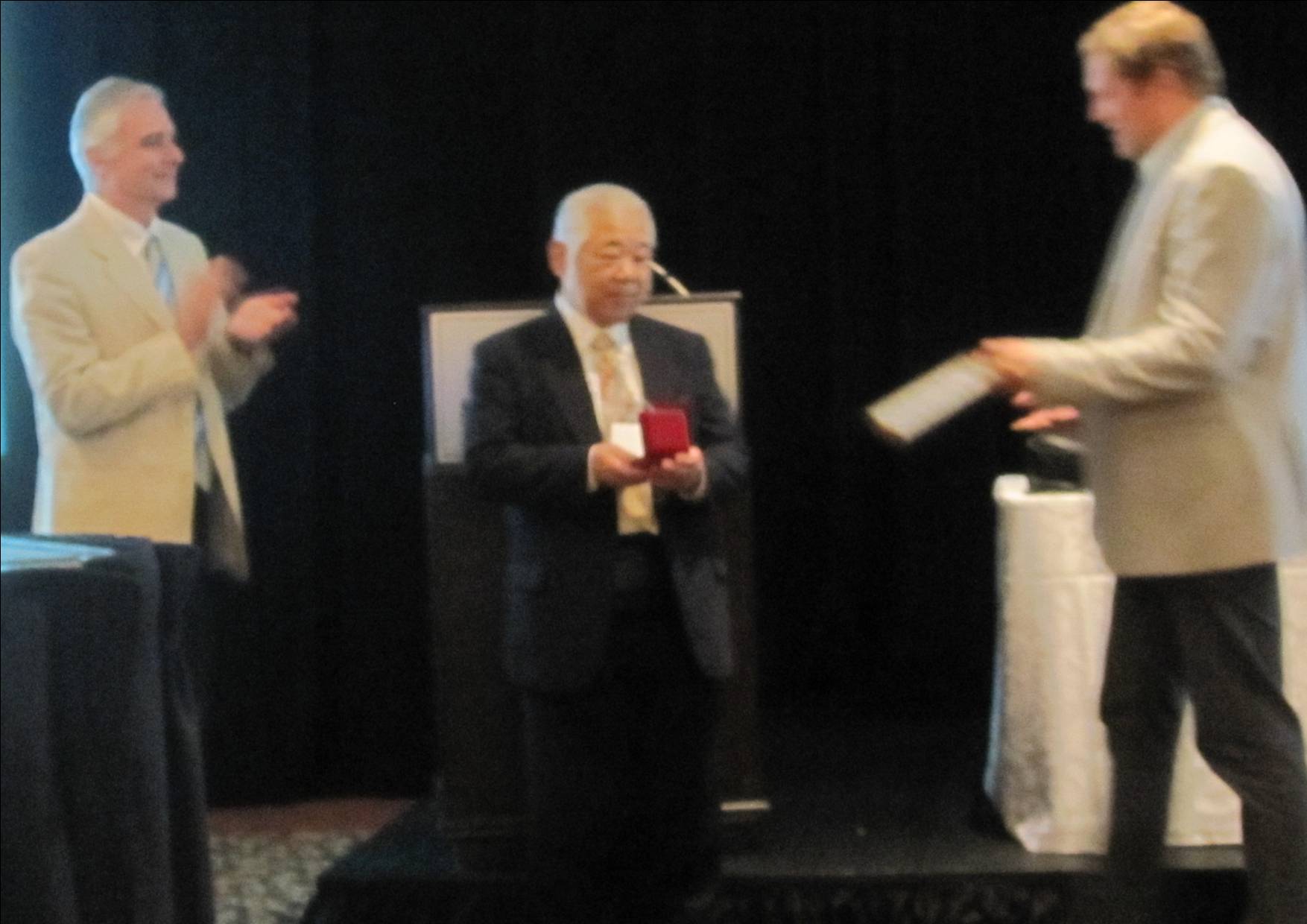 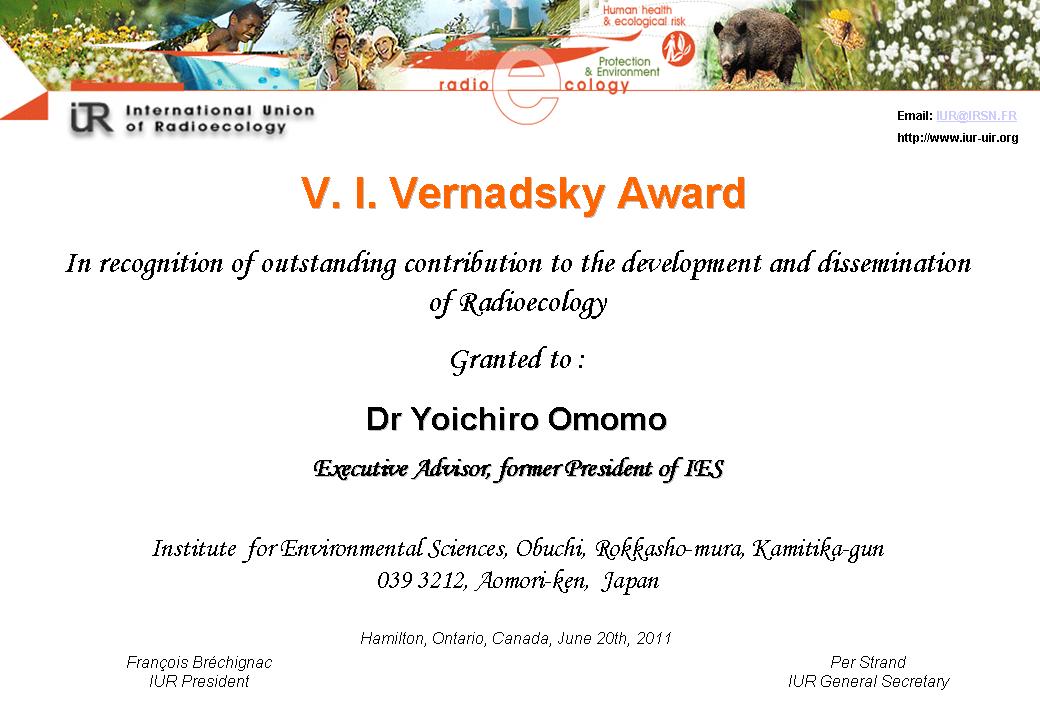 Dr Yoichiro OMOMO has been granted the 3d IUR V.I. Vernadsky Award on 20 June 2011 on the occasion of the opening of the International Conference on Radioecology and Environmental  Radioactivity in Hamilton, Ontario, Canada.

He is now an executive advisor of the Institute for Environmental Sciences (IES) which was founded in 1990 in Rokkosho-mura, Japan, where large scale commercial nuclear fuel cycle facilities are concentrated. He was formely the Director-general of the Institute from 1993 to 2004, and its  President from 2000 to 2008.

Dr Yoichiro Omomo started his research carrier in Tokyo University with a thesis on radio-active contamination of milk and milk products in Japan. In 1963 he entered the National Institute for Radiological Sciences (NIRS), where he was engaged in radio-ecological investigations such as migration of radio-nuclides from atmosphere or soil to plants including rice grains and method for finding critical group, pathway and radio-nuclide in relation to coastal discharge of radio-nuclides from the Tokai spent fuel reprocessing plant and so on. In 1990 he joined in the establishment of the IES, where he played a leading role in the radio-ecological survey and investigations in the local environment including a biological effect of low-dose rate and long -term radiation on a life span of living organisms. In 2005 he established an advanced molecular bioscience research center (AMBIC) seeking for a scientific basis for applying to human beings the biological effect of low-dose radiation obtained via animal experimentation.

He retired from president 2 years ago and continues to act as an executive advisor of IES and a chairperson of environmental monitoring evaluation committee in Aomori prefecture.