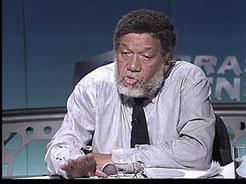 Last Thursday, 24th March, during a meeting at the Brazilian Physics Society, when the Brazilian nuclear program and the actual organization of the Brazilian nuclear sector was under discussion, Anselmo Paschoa, fell. Urgent relief, CPR, resuscitation apparently effective, repeated arrhythmias, but does not seem to have recovered consciousness until his death less than two days later, at dawn on 26th March. Anselmo died as he always lived: combative, integrity and firm in his convictions.

Anselmo was born in 1937, graduated (Bachelors Degree) in Physics from the Faculty of Philosophy, National University of Brazil (1962), M.Sc. in Radiological Health from New York University (NYU) in 1971 and Ph.D. in Nuclear Sciences and Engineering, also at NYU in 1975. Was Professor at the Catholic University of Rio de Janeiro PUC-Rio (1996-2005). He joined the PUC-Rio in 1965 as Assistant Professor. He was visiting Professor at the University of Utah (1982-1985) and Guest Scientist at Brookhaven National Laboratory (1984). He was also Director of Radiation Protection, Nuclear Safety and Safeguards of Nuclear Energy National Commission (1990-1992).

First of all, for his work at NYU, with Prof. Merril Eisenbud, he was one of the precursors of Radioecology in Brazil. One of his last major achievement was the organization of the 8th International Symposium on the Natural Radiation Environment (NRE-VIII), held in Buzios, Rio de Janeiro, October 2007, which proceedings was published as a book by the Elsevier in 2010. He was actually member of the Natural Radiation Environment Association (NREA) board.

But, beside all his achievements, Anselmo had a lot of friends; he was a guy for good talks, in particular, tasting a special wine as we had together during the IUR meeting in Bergen, 2008. We will miss him.

Anselmo left wife and a son.